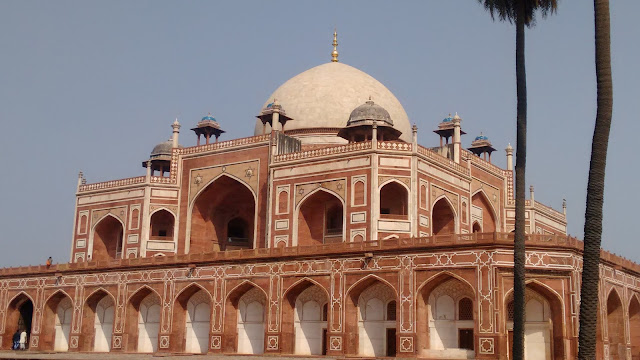 The long Lodi road from Safdarjung Tomb ends rather tamely at the Sabz Burj right inside the roundabout, or what is now popularly known as the Neeli Chhatri for its spectacular blue dome. Take the second exit and you are already inside the Humayun Tomb premises. A short walk and an entrance ticket later, we entered the chirpy grounds. I was accompanying my cousin from Kerala on a tour of Delhi and were now at the famed Humayun's Tomb.

The Humayun's tomb is preceded by tombs of lesser known personalities, but the fun fact is that they are far better preserved. We were told that the Aga Khan Foundation along with the TATA trust had been engaged to restore the monument to its pristine past. And it was pretty evident.


Past the domed gate lay the Humayun Tomb. 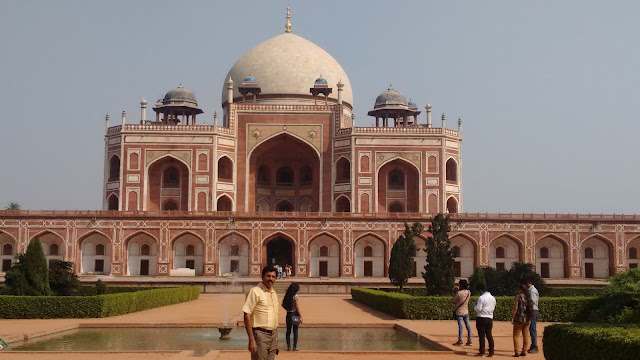 The tomb stands on a terraced platform. You can climb up to the platform to enter the tomb. We went in October and the pleasant climate was perfect for viewing.

The tomb has two stories. But the entrance to the upper floors are closed. I am sure there was a time when these were open to the general public, but that day it was closed. :-(

Humayun's Tomb, apart from Humayun's grave, also contains graves of other royal members of the Mughal family of the time. 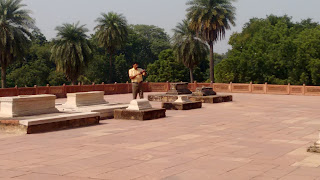 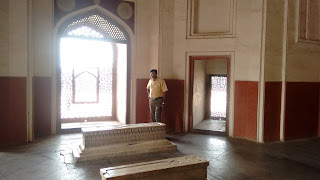 There are gates on all four sides of the tomb, which gives it a unique quadrilateral look, something of a uniqueness with subsequent Mughal architecture, especially that contains tombs. 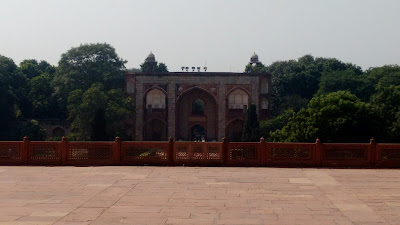 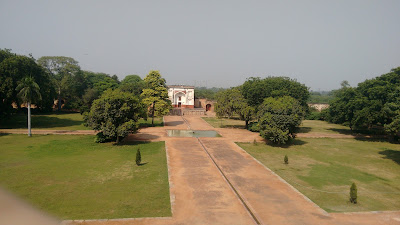 We enjoyed our visit and after packing our memories in an electronic plastic card, we made our way to the next destination. More on that later. 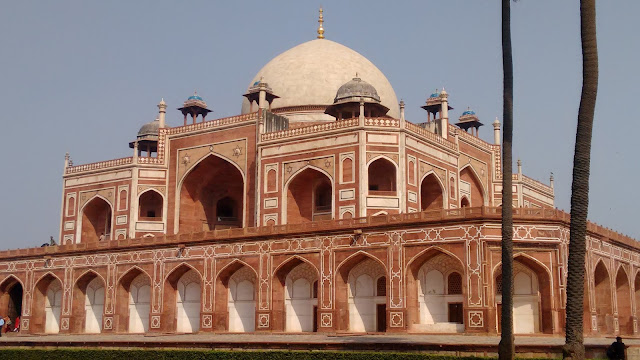 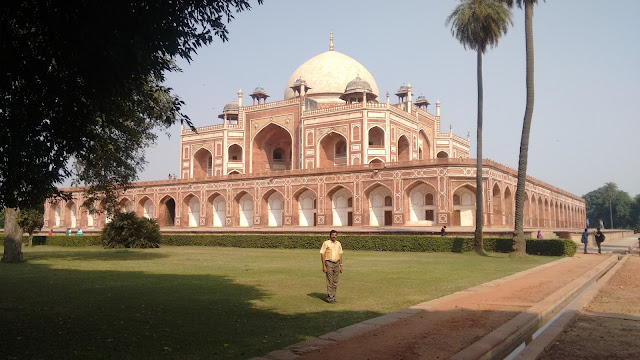 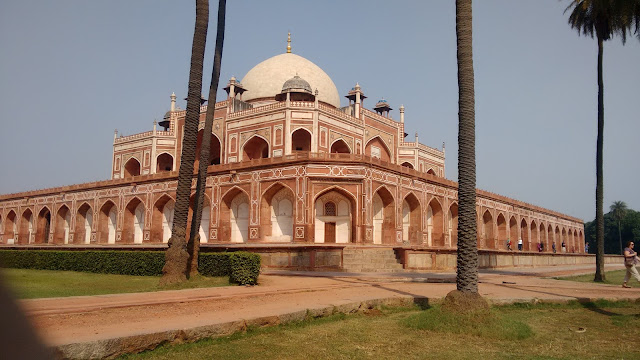